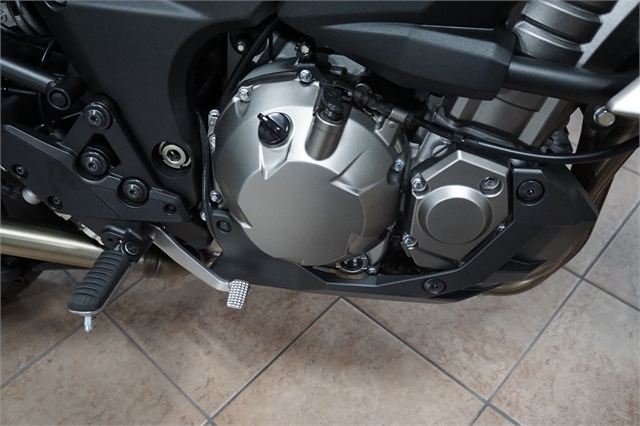 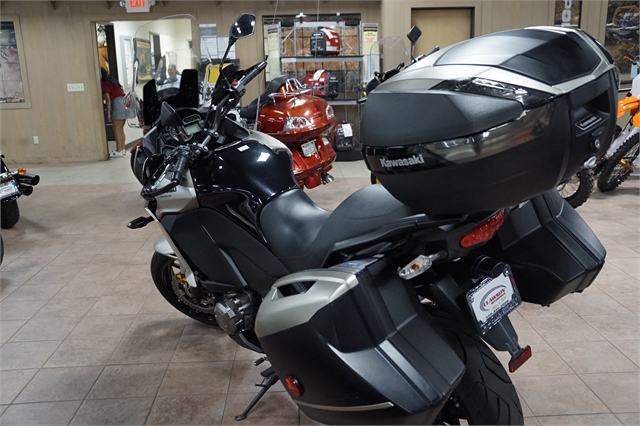 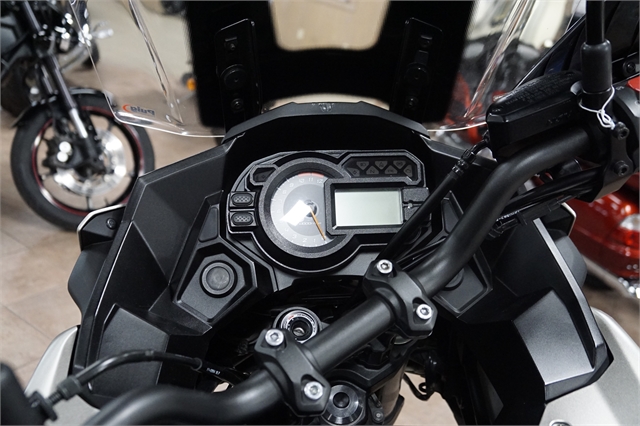 With an inspiring 1,043cc inline four-cylinder engine and nimble chassis, the Versys 1000 LT is sure to take you on an unforgettable adventure. Add in the comfort of an upright riding position and you have a package that really comes into its own on twisty mountain roads and scenic backroads.

Introduced to the US market in 2015, the Versys 1000 LT motorcycle continues to be the ultimate in asphalt adventure street touring. Its comfortable, upright riding position allows the rider to comfortably spend all day in the saddle when touring, while the supple, long-travel suspension helps it soak up the bumps. Adjustable suspension also means it can easily be set to accommodate a passenger and a full load of gear in its standard-fit KQR™ hard saddlebags. And with the ease of removing the KQR saddlebags, the Versys 1000 LT motorcycle can just as quickly be set to entertain on back roads when the need arises. With its proven 1,043cc engine, the 2016 Versys 1000 LT motorcycle is poised to deliver plenty of fun on demand.

The Versys 1000 LT packs power, smoothness and performance into its 1,043cc inline four-cylinder engine, which has been engineered to deliver plenty of torque and legendary Kawasaki dependability.

The Versys 1000 LT motorcycle is full of features to complement its powerful engine, such as the three-mode KTRC traction control, selectable engine power modes, ECO™ Economical Riding Indicator, ABS brakes as well as the Assist and Slipper Clutch features. It is this combination of engine power, technology, comfort, nimbleness, versatility and reliability that has made the model so popular in Europe and around the world, and now US riders are enjoying its tremendous virtues as well.

The long-travel suspension contributes to the ride comfort of the 2016 Kawasaki Versys 1000 LT motorcycle, soaking up the bumps when travelling long highways yet remaining firm enough to entertain on sporty canyon roads. Combine the benefits of its long-travel suspension with its nimble chassis and the Versys 1000 LT is capable of running rings around its bulkier competition, recently being announced as Rider Magazine’s 2015 Motorcycle of the Year.

Price and Availability: The prices listed are the Manufacturer’s Suggested Retail Prices for base models. This is not the dealer's advertised or asking price. Options such as color are available at additional cost. All advertised vehicles and pricing are subject to dealer availability. Prices exclude tax, title, licensing, registration fees, destination charges, surcharges (attributable to raw materials costs in the product supply chain), finance charges, any dealer document processing charge, any electronic filing charge, any emission testing charge, added accessories, and additional dealer charges, if any, and are subject to change. MSRP prices are not dealer’s prices and are shown for reference only. See dealer for dealer’s price which may vary.

Proposition 65 Warning: Operating, servicing and maintaining a passenger vehicle, an off-highway motor vehicle or a recreational marine vessel can expose you to chemicals including engine exhaust, carbon monoxide, phthalates, and lead, which are known to the State of California to cause cancer and birth defects or other reproductive harm. To minimize exposure, avoid breathing exhaust, do not idle the engine except as necessary, service your vehicle or vessel in a well-ventilated area and wear gloves or wash your hands frequently when servicing your vehicle or vessel. For more information go to https://www.p65warnings.ca.gov/products/passenger-vehicle and https://www.p65warnings.ca.gov/products/marine. Errors & Omissions: Advertised pricing excludes applicable taxes, title and licensing, dealer set up, destination, reconditioning and prices are subject to change without notice. Pricing may exclude any added parts, accessories, additional dealer markup (ADM), or installation unless otherwise noted. Vehicle pricing includes all offers and incentives. Tax, Title, and Tags are not included in vehicle prices shown and must be paid by the purchaser. The sale price includes all applicable offers. Not all options listed are available on pre-owned models. While great effort is made to ensure the accuracy of the information on this site, errors do occur so please verify information with a customer service representative. This is easily done by calling us at 559-435-5020 or by visiting us at the dealership. Contact dealer for details.